Winter treatment to protect against varroa 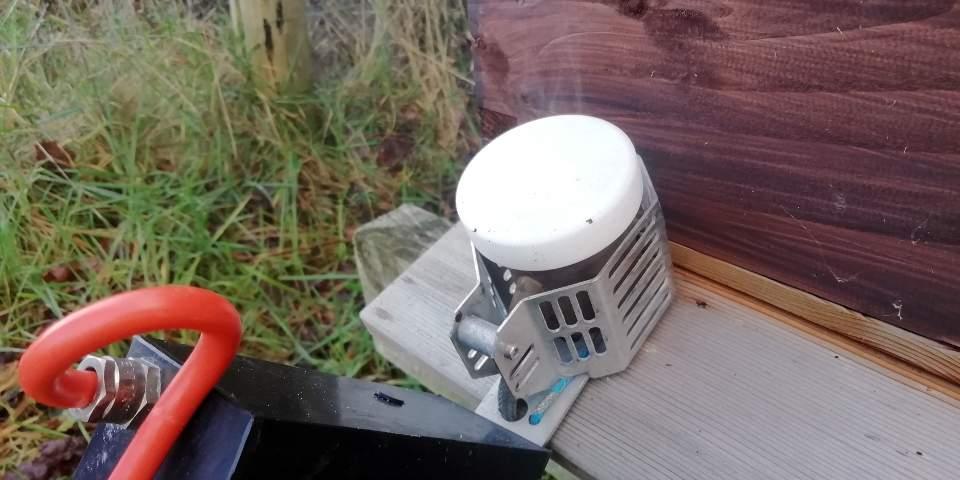 Waking up early this morning and opening the curtains, there was a layer of frost glistening brightly over the car from the glow of the street light. Just what I wanted to see which shows the weather was cold enough to do my winter treatment to protect against varroa.

Of all the 30 colonies, there is just a handful that is showing high levels of varroa mites. At this time of year, the queen will not be laying and it may be that the varroa are living on the bees themselves instead of breeding in open brood.

It will be interesting to see what the mite drop is on the varroa boards at the weekend.

As with all previous years, my colonies are treated with oxalic acid using the vapour method rather than the trickling method. The difference between both, in my view, is that I don't want to open a hive when it's cold to trickle treatment over the frames. This drastically reduces the temperature within the hive and disturbs the bees when they should be conserving their energy. To drastically reduce the temperature means they would need to work hard to build that temperature back up again.

Setting off early with my beekeeping buddy, it didn't take us long to get into our winter treatment routine. The first thing we did was to block the entrances with foam. While one of us measured out the oxalic acid, the other treated the bees. Vaping the bees is very quick, less than a minute, using this method. We worked quickly along the line of colonies, unblocking the entrances after we had finished before moving onto the next apiary.

The day managed to stay cold enough to keep all the bees in so we could do all our winter treatments in one day. Not bad going with just under 100 colonies between us!