Telltale signs of a colony's health during winter 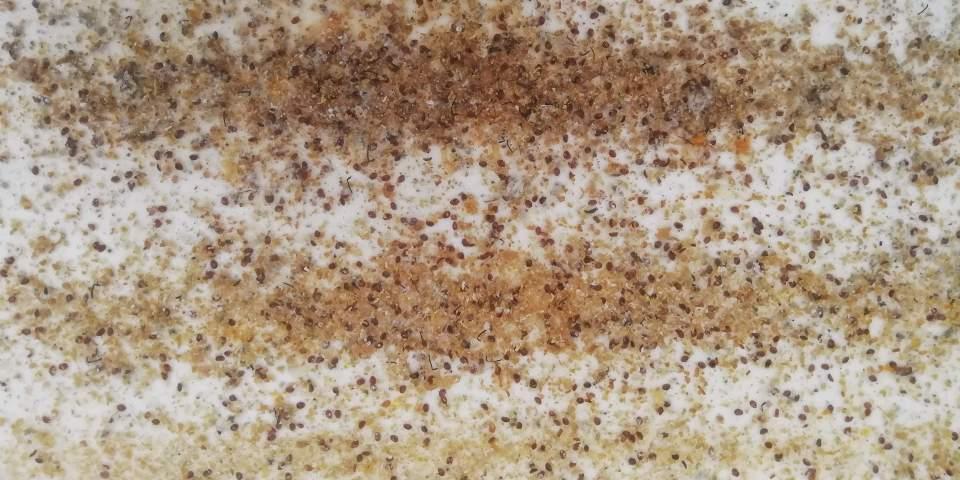 When we prepare our bees for the long winter months, many beekeepers treat them to reduce the level of varroa mites in the colony. These are parasitic mites that live and feed off the bees and if left unchecked, can cause the colony to dwindle and die as the bees have not built up sufficient resistance to rid themselves of this mite themselves.

Way back in August last year, all my colonies were treated. I normally use MAQs (Mite Away Quick Strips) which is a natural treatment against the mite, but 2021 was a very challenging year with about 30% of beekeepers across the country also experiencing the same challenges. These challenges, I fear, have been brought on by our climate crisis with the seasons being out of sorts with what nature comes to expect. It kicked off with a very long spring with cold weather lasting for many months, followed by what seemed a short summer. There was little in the way of forage for the bees and I for one was feeding my colonies as late as June rather than the bees naturally foraging for themselves from about March onwards.

With so little food, this can add stress to a colony and like us humans, when we are stressed, our bodies' defences can drop their guard for infections to get through. Just to give you a sense of what these mites are to a honey bee, if one was on a human, it would be the size of a large dinner plate being carried around all the time.

Varroa breed in the cells of the young larvae. One female enters a cell before it is capped with wax. She then lays her first egg - a male - followed by female eggs. The male mates with all the female varroa and they feed off the larvae as it grows weakening the bee. After 21 days, the young bee emerges along with all the mated female varroa mites for the lifecyle to repeat but with more varroa mites in the colony. And the male varroa? His job is done and dies.

This year, I used a different treatment as thought MAQs might be too strong for the struggling colonies. They were slow to build up and to help maintain strong colonies going into winter, I combined some of the colonies.

At the beginning of January, it was time to check the varroa levels. In went the varroa boards below each colony and after 7 days you have a picture of what the varroa level might be inside the hive. Where there's a high drop, the bees need treating so that they are as free from varroa as possible as they head into spring and the colonies start to build up in size again after the queen's brood break (or reduced egg laying) over winter.

After treating earlier this month, this image shows the results of one of my colonies. Can you see all the dead varroa on the board? While the treatment is harmless to the bees, it successfully treats the varroa mites.

There are colonies that seem to have lower levels of varroa mites, so the bees may be learning to deal with the problem themselves. Until then, we have to manage the level of varroa to help keep our colonies healthy and strong.