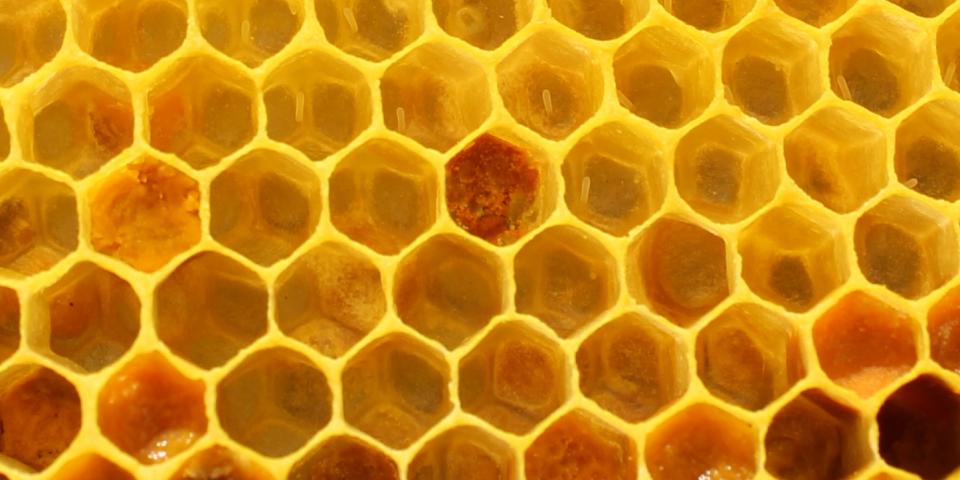 Second inspections of the year reveal a lot of activity going on inside the hives since I last took a look 7 days ago. The queens are all busy laying eggs to build up their colony sizes now that the warmer weather is with us. If it stays as it is, then we should start seeing the bees flying out on the nectar flow - a time when there's an abundance of nectar available from flowers and trees.

The nectar flow is a time of year, such as springtime, when our gardens and hedgerows begin to blossom. If you look around, you'll notice that the trees have suddenly started to awaken from their winter slumber and their buds are beginning to unfold revealing a wonderful array of colourful greenery. Look closer and you'll see some are already in flower, such as this maple just a short walk from my house.

Throughout my beekeeping journey I've become more aware of the environment we live in and by spotting these early signs, I can make a mental note of what is around that my honey bees will be able to forage and take back to their hives. Maple produces both pollen (protein) and nectar (carbohydrate) that are both needed to feed to the new larvae to sustain them through their development until they emerge as new bees. Just like ourselves adult honey bees also need a variety of food to help maintain their health and well-being.

During my first inspection, I didn't expect the colonies to be so strong after the long-drawn out winter months. Finding the queens short of laying space, I removed a couple of brood frames containing old winter stores and replaced them with new frames of foundation either side of the brood nest. It's important not to isolate eggs and brood from the nest, so any new frames should be added outside the last frame you see eggs and brood.

Being short of frames of foundation when I first checked, I did have with me super frames all made up. Now this isn't a bad thing because a super frame inside a brood box is one of the ways to control varroa. The bees love to draw out comb and beneath this frame, they had drawn out drone comb on one side. The last couple of years I've seen them draw out comb the full width but this was a new one on me. Perhaps this colony felt the queen needed more space to lay workers so they built worker cells on one side and drone cells on the other.

As varroa prefer drone brood to lay their eggs, just before the cells are capped, the mites will enter the cells where they will begin their mating and emerge with the young bees. That's their plan, but my plan is once the drone brood is capped, I'll be removing it thereby trapping varroa to help keep the level of mites at a manageable level. It takes 24 days from a drone egg being laid to emerging, so it's important to keep a record of each inspection as a ready-reckoner for the next visit. If you have chickens, or you know someone who does, pop the capped drone brood in the freezer and then pass it on - the chickens will love the tasty treat!

Two of my colonies didn't have any drones in yet, just capped cells so they will be emerging soon, but the third colony I opened there were a small number of drones walking around on the frames. Although drones don't do any of the housework in the hive, gather any food or water, their chubby little bodies are a welcome site because they do actually play an important role and without them their would be no honey bees.

Oh, if you're interested in the lifecycle of the varroa mite, I'll be writing another blog shortly as this subject is covered in the Module 3 correspondence course I'm currently studying. I've already finished Paper 1 which covers a variety of diseases of the honey bee.