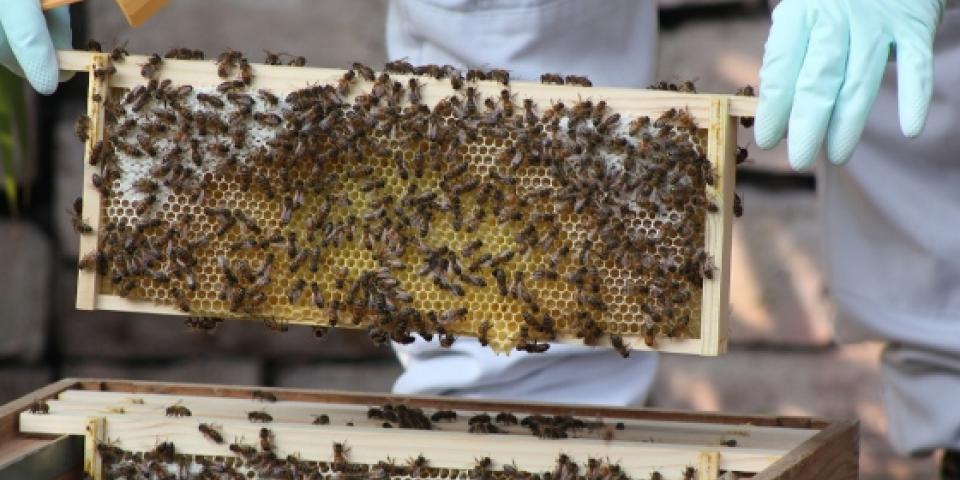 Having got back from Strasbourg, one of the first things I did was put my beesuit on and head out into the garden to see what the girls have been up to for the week. The first thing I noticed was how heavy the super was just lifting it up to put to one side. What a difference a week can make - there was a mixture of stores glistening in the sunlight and capped stores - honey!

The super itself was coming along nicely, so my beekeeper friend Bev thought I might as well put another super on top. At least it would give the girls something to do… as if they’d didn’t have enough to do keeping their home tidy, clean, looking after all the new bees hatching all the time as well as the foraging side of things, collecting water, and so much more.

With the super put to one side, off came the queen excluder and I went through each of the frames in the brood chamber. All was looking good with plenty of larvae and capped cells. My eyesight fails to spot any of the tiny eggs inside the cells, but I’m happy to see Lizzie, queen bee, which suggests she’s laying and moving around the frames. This inspection I found her on frame 7 (last week frame 7).

I don’t know if this made any difference, but when I looked at them for the first time I found Lizzie in the super. Somehow she had managed to get through the excluder. Having read about this, one solution was to turn the queen excluder so that the wire frame doesn’t run parallel to the frames below as it makes it harder for her to squeeze through, if your queen has a knack of getting through. So far, so good - she’s staying in the brood chamber.

On this inspection I found two new queen cups that were empty so over the coming week I’ll be keeping an eye on these to make sure they don’t develop any further. What I’ve learnt is that queen cups (also known as practice cups and play cups) are built along the bottom bars of frames and is a natural stage as the colony builds up. I’ve also learnt that the bees build these cups because the queen hasn’t been on the frame leaving her pheromone footprint as it were. I’m pretty sure this is OK as she has up to 11 other frames that potentially all need her attention. 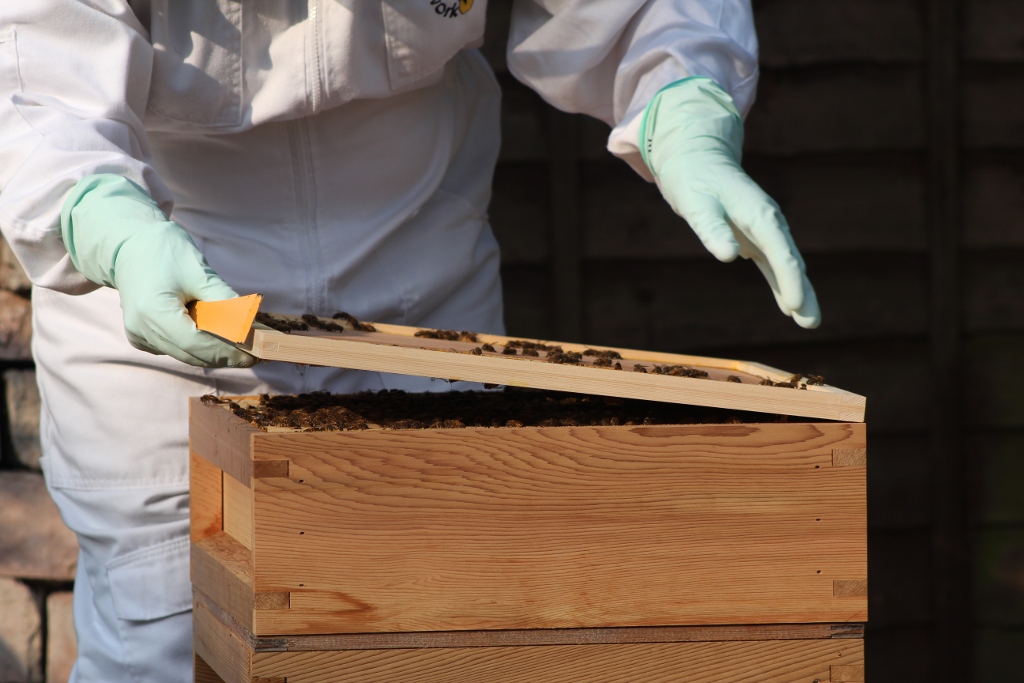 This month, being known as the ‘June Gap’ in the bee world, I’m keeping an eye on what the girls are up to by watching them as they fly in and out of the entrance. You can learn so much just by watching. It’s also very relaxing and a great way to lose hours in the day!