Predicting the spread of the Asian hornet 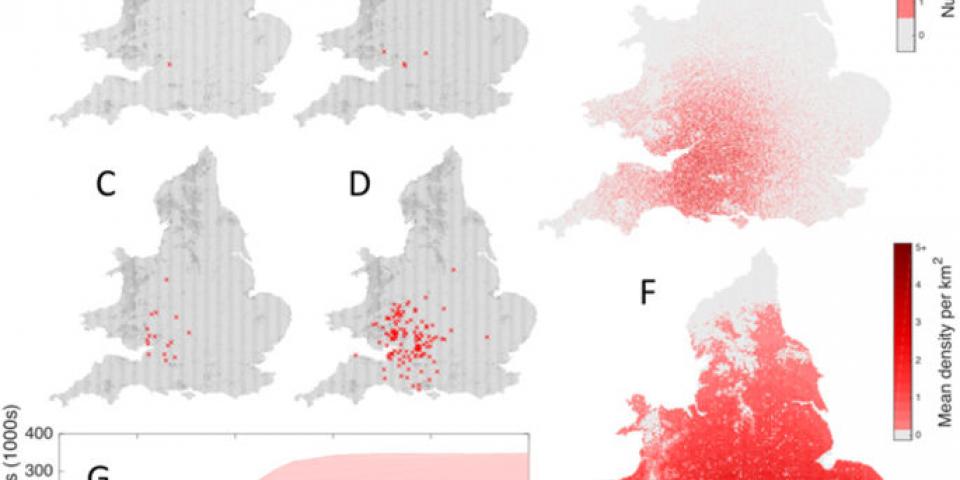 The yellow-legged or Asian hornet (Vespa velutina) is native to South-East Asia, and is a voracious predator of pollinating insects including honey bees. Since its accidental introduction into South-Western France in 2004, V. velutina has spread to much of western Europe. The presence of V. velutina in Great Britain was first confirmed in September 2016. The likely dynamics following an initial incursion are uncertain, especially the risk of continued spread, and the likely success of control measures.

In a scientific report published this month, the authors extrapolate from the situation in France to quantify the potential invasion of V. velutina in Great Britain.

They find that, without control, V. velutina could colonise the British mainland rapidly, depending upon how the Asian hornet responds to the colder climate in Britain compared to France. The announcement that a second hornet had been discovered in Somerset, increases the chance that the invasion first occurred before 2016.

The authors therefore consider the likely site of first invasion and the probabilistic position of additional founding nests in late 2016 and early 2017. Given the potential dispersion of V. velutina, they conclude that vigilance is required over a large area to prevent the establishment of this threat to the pollinator population.

The image used has been published under the terms of a Creative Commons Attribution 4.0 International License.