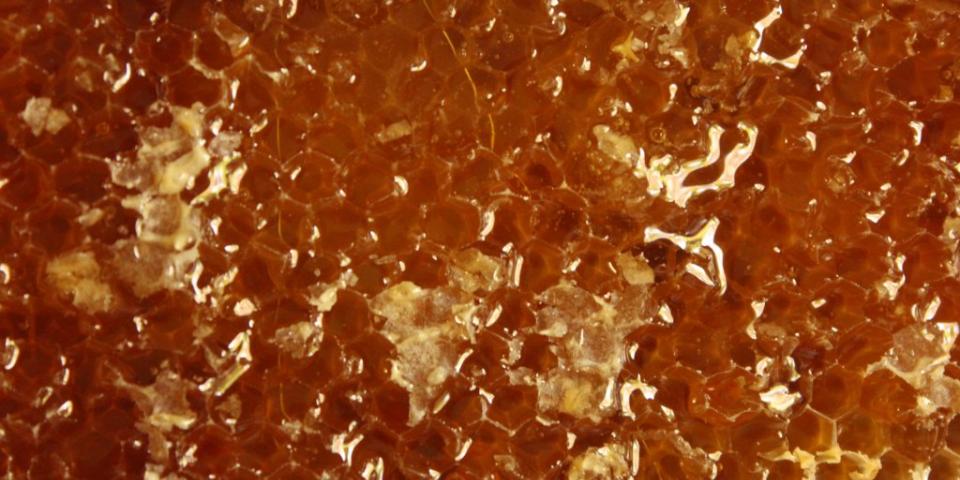 It hardly seems that this time last year, I was getting my first colony of bees and here I am - one year on - extracting this year's first crop of honey that the girls have been busy making. Since breaking out of their winter cluster, Lizzie has been a prolific egg-layer and her family has increased into a good strong colony which means they have a good foraging force to bring back nectar and pollen. 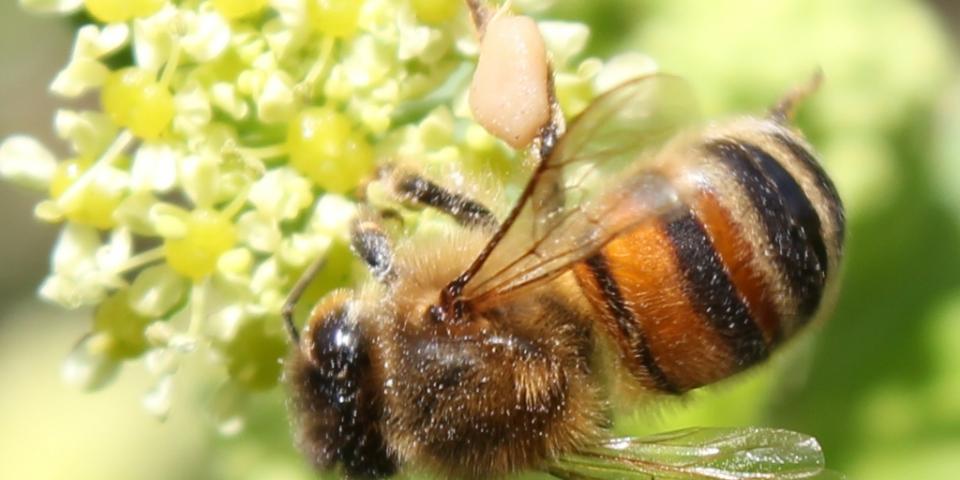 It's mid-April and have you noticed how green and colourful the landscape has become now that the days are beginning to warm? Here in our patch of East Devon, there is an abundance of a plant that grows along the coastal paths and hedgerows. Over the years, I've never really given it much thought, other than to know when it's growing by the smell - not a pleasant aroma to my nose! The plant I have since found out is called Alexanders (Smyrnium olusatrum), a native plant in Britain that was introduced by the Romans. 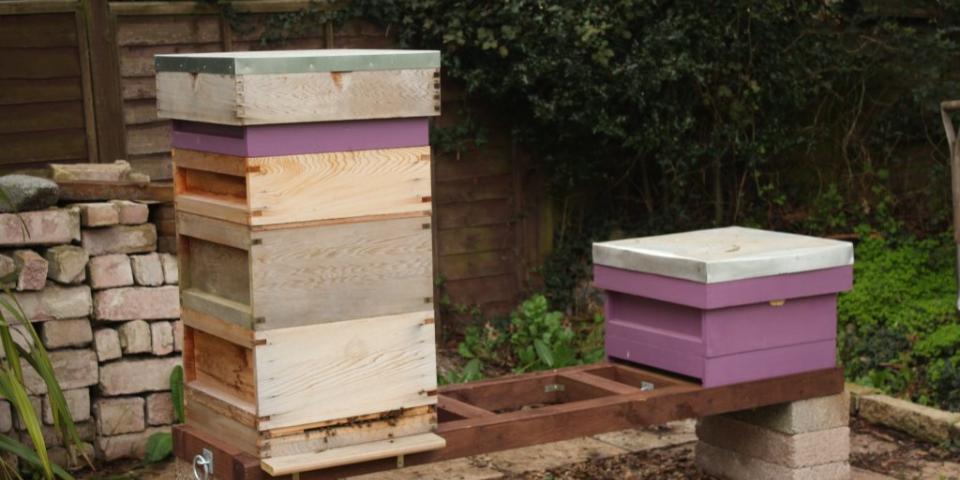 Let me set the scene... I'm going about my business at home and every now again, I look through the window to look see how the girls are doing at the bottom of the garden. All seems to look fine with bees flying backwards and forwards, so I carry on with whatever I was doing. It's mid-afternoon and thinking of going out and again I'm passing the back door and naturally look across to see what the girls are up to. This time, my eyes are met with something very different - hundreds of bees hanging around the entrance of the hive. We're told not to panic...! 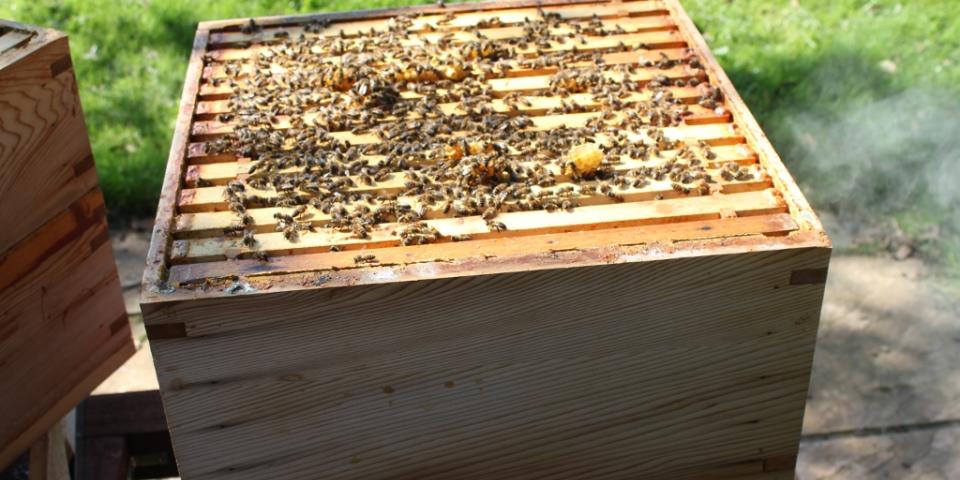 What feelings and emotions do new beekeepers feel when they are about to go out and open up a hive for the very first time after the long winter months? For a couple of months now, I must confess to feeling quite anxious at times. Even to the point of keeping me awake at night, worrying at what I might find. At the same time, I have an overwhelming feeling of excitement at the whole idea of opening the hive up to see how Lizzie and her family are doing. After all, it's been quite a while since my last inspection and there's a deep urge to find out how they are doing. 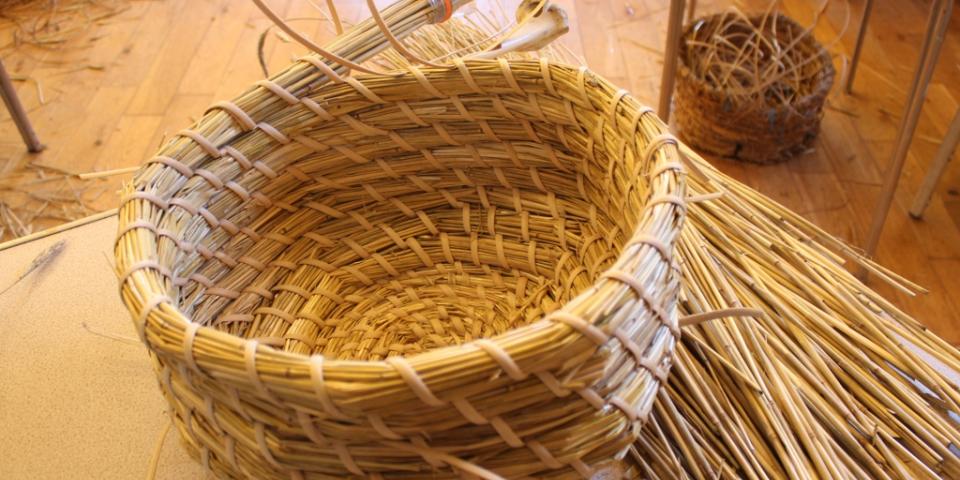 Last month I joined a group of fellow beekeepers for the first day of a skep making workshop which had been organised by Exeter Beekeepers' Association. Today we were all back together to carry on with our creations and to hopefully finish our skeps - just in time for the swarm season! 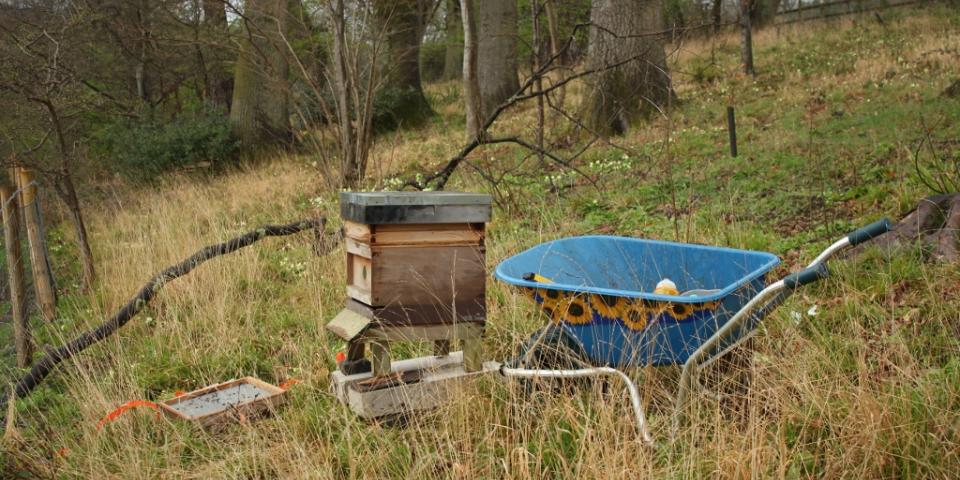 March is beginning to warm up down here in Devon but not enough for the girls to be out flying full-time yet but there's plenty to be doing in readiness for when the nectar starts to flow. Last week I ordered new frames and foundation because it won't be long now before beekeepers start to make regular inspections of their colonies and looking out for their bees making swarming preparations. 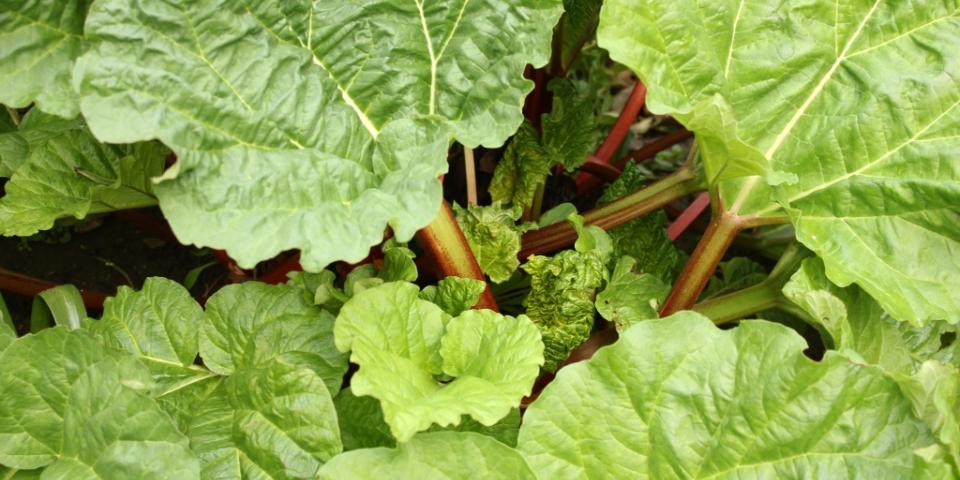 I read a very interesting article in this month's copy of The Beekeepers Quarterly (No. 127) on how a couple of beekeepers, Ann and Maciej Winiarski, in Poland have been using rhubarb (Rheum rhabarbarum) as an effective method of controlling varroa. 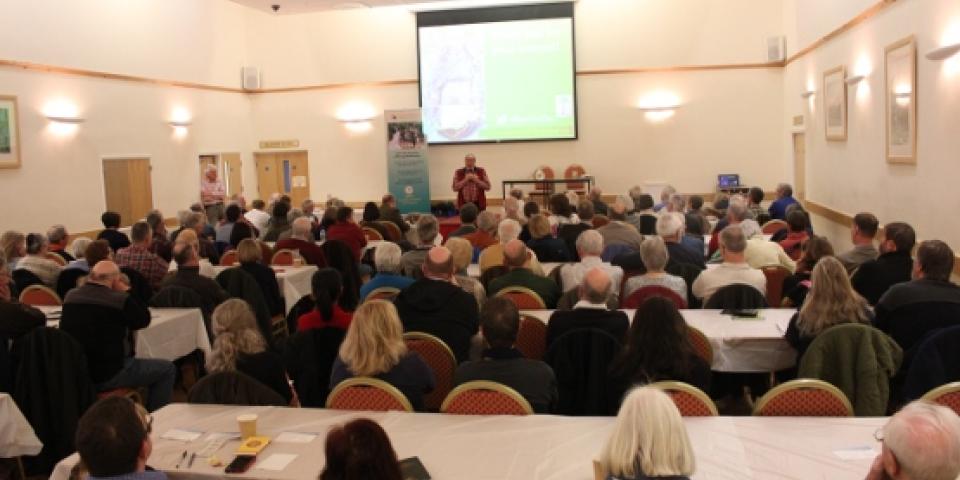 This weekend was the Holsworthy Spring Convention which started with Graham Royal, Master Beekeeper and Seasonal Bee Inspector, giving an awesome presentation on “Apis through the looking glass” taking a close-up look at the honey bee – literally! Using photos he had taken under the microscope, he took us through the honey bee’s anatomy which was an incredible insight shown in intricate detail. 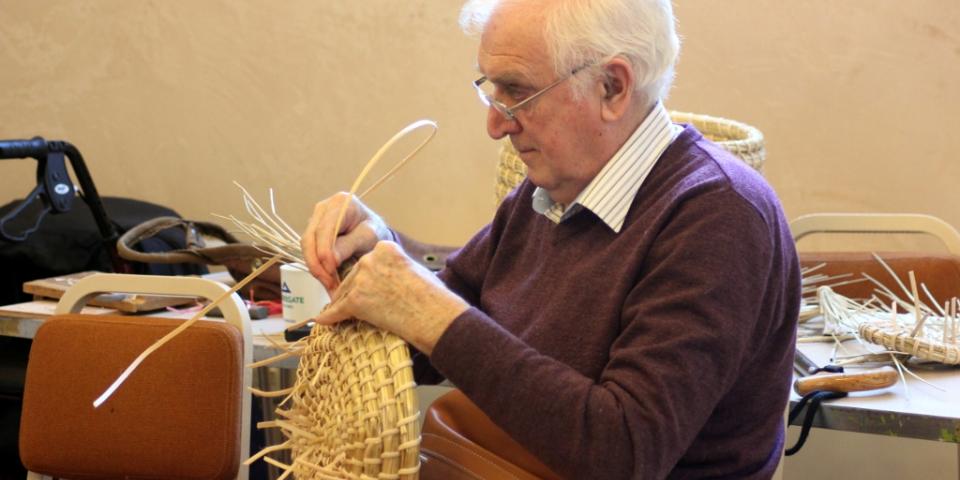 This weekend I rolled up my sleeves with a group of other people to learn how to make a skep under the expert tuition of Mike Male from the Newton Abbot branch of the Devon Beekeepers' Association. This was the first of a two-day workshop for beekeepers - both novice and wiser - to make their own skep in time for the swarming season.

I've only been a beekeeper for 8 months and must confess that the swarming season fills me with both dread and excitement at the same time. Dread because I've yet to experience carrying out an artificial swarm, or even seeing a swarm issue from a hive. And excitement because it's going to be a challenge to see how well I do in preventing my girls from swarming themselves.