Skip to main content
Home | A queen cell in the making

A queen cell in the making 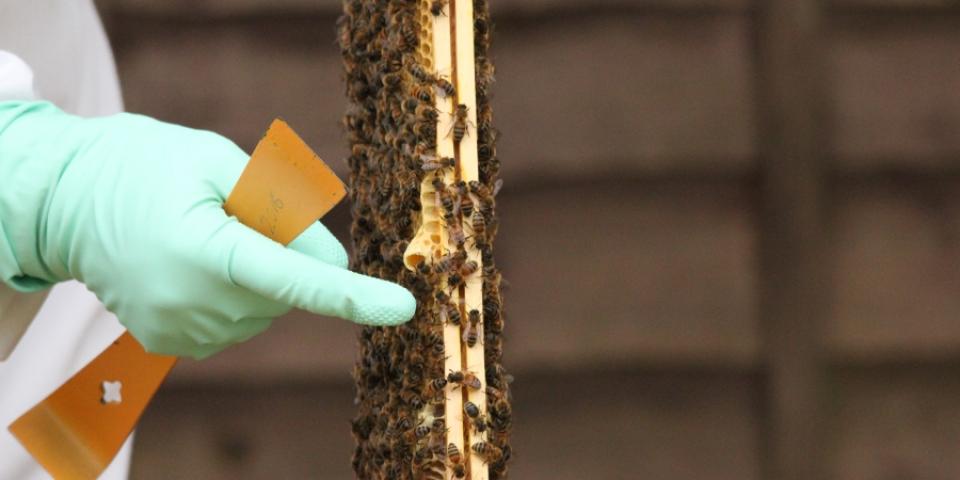 Today marked my first month as a beekeeper and was also an inspection day. A pat on my back for doing so well perhaps? It's easy this beekeeping... until you take off the lid and discover what the girls have been getting up to!

It's been five days since the last inspection and what do I find, but a queen cell in the making - but in a super? What's going on? I've got through May without Her Ladyship deciding to take herself off and half the colony as a swarm to find somewhere else to live. I've also been keeping an eye on them since the beginning of this month to make sure they're not suffering from a dearth in food to forage that could happen as the spring flowers come to an and and the start of the summer nectar flow. Just when I thought things were going quite well for a newbee, this scenario is presented to me.

As far as I know, normally queen cells are built down in the brood chamber, not up in the supers where the girls store their food supplies - honey. I've done a little bit of reading and it might be because Lizzie (aka Her Ladyship queen bee) managed to wriggle here way into the super and had laid quite a few eggs in the drawn comb. Having eventually found her and marked her, I popped her back down into the brood chamber and changed the angle the queen excluder sits on top in between the brood chamber and the super(s) on top. Since doing that, if she's had any plans to go up there, they've been thwarted.

However, what has happened (I believe) is that she left her footprint up there by leaving a trail of pheromones. These are used to communicate with her workers and I suspect these have now faded making the bees up in the super think here queen is no longer laying. I can't be 100% sure, but that's my theory at the moment. Meanwhile, Lizzie is actually down in the brood chamber and there's definitely brood and larvae on a fair number of frames.

Today was also my first month as a beekeeper... an interesting day to say the least and one to remember by seeing my very first queen cell in the making!