Skip to main content
Home | A lull in foraging

A lull in foraging 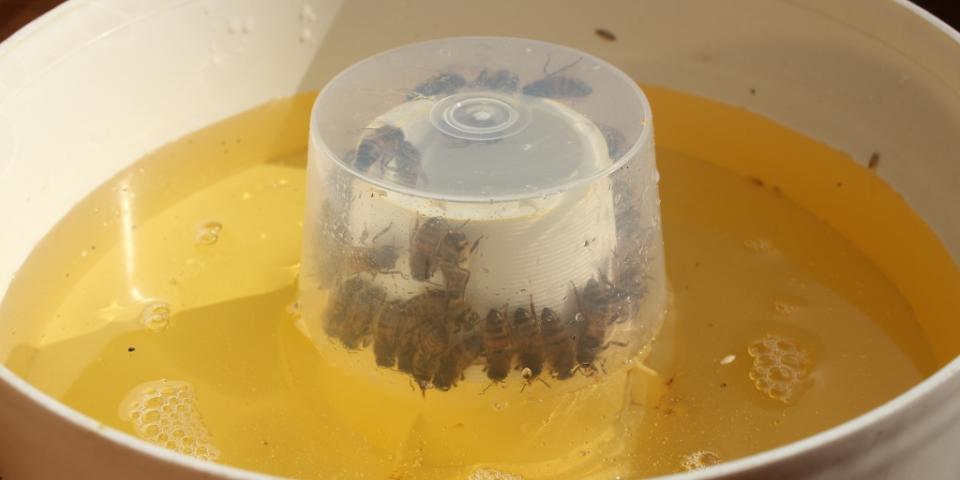 With the summer nectar flow over and little stores coming in, the colony I look after at The Donkey Sanctuary is needing their winter stores giving a boost to ensure that it reaches around 40lb by the beginning of October.

Why October? Because the temperature will have dropped to a level where the bees are no longer able to convert the sugar syrup and store it which will result in dysentery in the colony. So over the coming weeks, I'll be topping up a rapid feeder with Invertbee sugar syrup that is sitting above the hole in the crown board. When I took the roof off today, the bees had taken all that I had left on Friday so it needed topping up. I don't like to give them too much as want to keep an eye on how much they are taking. As I poured the syrup into the feeder slowly, the bees came running up through the central funnel and down the other side. You can see them drinking in this short video clip if you look closely. The noise you can hear is the sound of the bees as they walk around the feeder.

Taking lunchtime walks around the sanctuary as well as where I live, ivy is beginning to bud and it won't be long before it starts to flower which will be the last source of nectar for the bees before the temperature is too cold for them to be out foraging.

My winter preparations for the bees at work as well as my own colonies will be to reach that target of 40lb stores for each colony. It's only the bees at work that are low of stores at the moment, but it's a time not to become complacent as things can change rapidly. During the first week of October I'll be looking to move each individual super below their respective brood boxes. There are a couple of reasons I do this. Firstly, this is what I was taught and when spring came in my first beekeeping year, all I needed to do was put it back above the brood box with a queen excluder. I remember doing this with my very first colony of bees and the super was as clean as a whistle. I've since learnt that this technique is called nadiring and it prevents the queen from laying in the super as the colony clusters higher up and also helps the cluster move between frames over winter.

And recently I've heard that it also helps manage the ivy honey better because the bees fill the area around the brood by moving the honey in the super. As the brood nest contracts, the bees put the ivy in its place. Apparently, this then is the first honey store they use during winter.

You can always tell when the bees are working their way through their ivy stores, as it gives of a distinct aroma on a cold winter's evening. Just standing by a hive, the scent wafts out and into the air around you.

"Bees regularly exploit nectars of plants, which have sugar contents between 30% and 70%, to satisfy their current energy requirement and as source for honey production in the hive." Andreas Detzel and Michael Wink, Chemoecology(1993).